Experts estimate that between 8 and 10 million metric tons of plastic enters the ocean each year, joining the estimated 150 million metric tons already floating (or sinking) through our ocean waters. While these statistics are sobering, there is also reason for hope: Pending research suggests that if we can reduce plastic entering our oceans from shorelines by just 20% over the next 7 years, we will hit a tipping point that will ultimately lead to a reduction in the amount of plastics on the sea surface—some of the most harmful for marine life.

Like many, Preserve had seen the images of plastic in our oceans, and it suspected there might be a way to make a difference. Preserve knew a number of groups that had spent years developing expertise in the ocean plastic pollution problem. To learn how the company could best engage with this challenge, it turned to partners and friends whose focus was deep in the ocean plastic crisis, and listened.

Preserve learned that although ocean cleanup is important, capturing plastic before it reaches the ocean is key. Coasts and rivers are major conveyors of plastic headed to the ocean. Cleaning up those areas stems the flow and also empowers local communities to be involved. With this in mind, Preserve created the Preserve Ocean Plastic Initiative (POPi)—a collaborative of companies and nonprofits determined to make an impact on the health of our oceans.

5 Gyres: Empowering Action Against the Global Health Crisis of Plastic Pollution through Science, Education and Adventure

5 Gyres’ model uses its own groundbreaking research on the sources and effects of ocean plastic along with the research of its partners to collaboratively address ocean plastic at its source. The organization just completed a 3-year comprehensive study on pathways of microplastic pollution in the San Francisco Bay and adjacent nearby marine sanctuaries. Studies like this one allow 5 Gyres to pinpoint key sources of plastic waste entering our bays, rivers, and oceans and work to reduce plastic pollution at its source (upstream plastic manufacturers and distributors). Studies from 5 Gyres also reveal solutions to prevent mismanaged waste from entering the ocean and identify alternatives to reducing or banning single-use plastics. In a hopeful statistic, 5 Gyres’ pending research suggests that if the plastic waste leaving shorelines around the world is reduced by 20% for the next 7 years, floating plastics that are most likely to affect marine life will reach a tipping point, ultimately leading to a reduction in the amount of plastics on the sea surface. Read more about 5 Gyres’ research here. 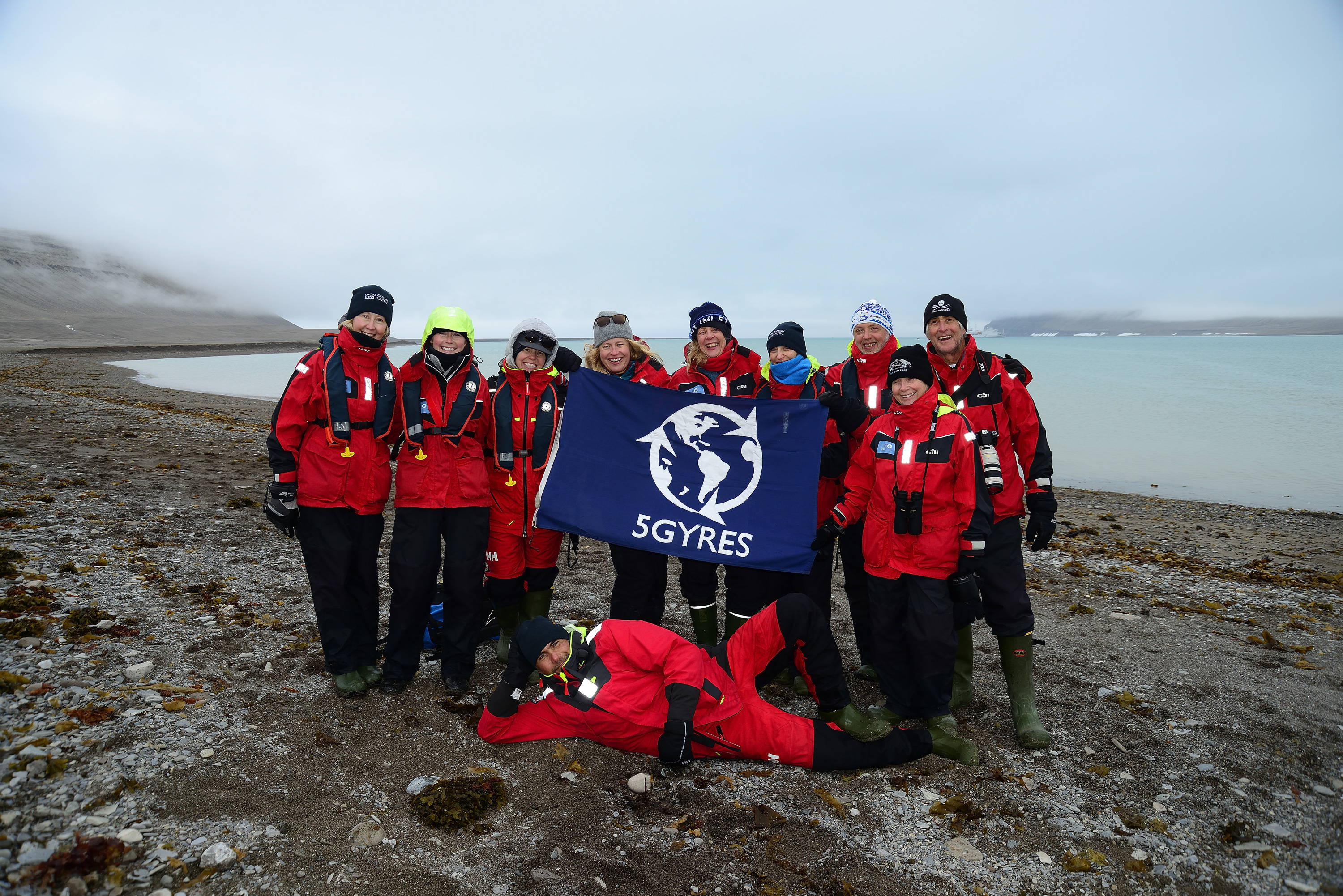 Renew Oceans takes the science put forward by 5 Gyres and others – the need to stop plastic before it reaches the ocean, especially plastic from rivers - and addresses it in practical terms in one key region. Working with local communities along the Ganges basin in north India, Renew Oceans engages on multiple levels to help create systemic change in how waste is handled. From building fencing in rivers to catch plastics, to working with and celebrating women waste pickers, to engaging with community leaders to help shift practices around waste disposal, Renew Oceans takes a multi-level approach.  Through their physical infrastructure changes (fencing) and their work supporting the livelihoods of women waste pickers, Renew Oceans helps locals find ways to recycle coastal and river plastic when possible and with plastics that can’t easily be recycled, helping to incentivize their collection and transformation into biofuels. Check out Renew Oceans’ 3 C approach here. 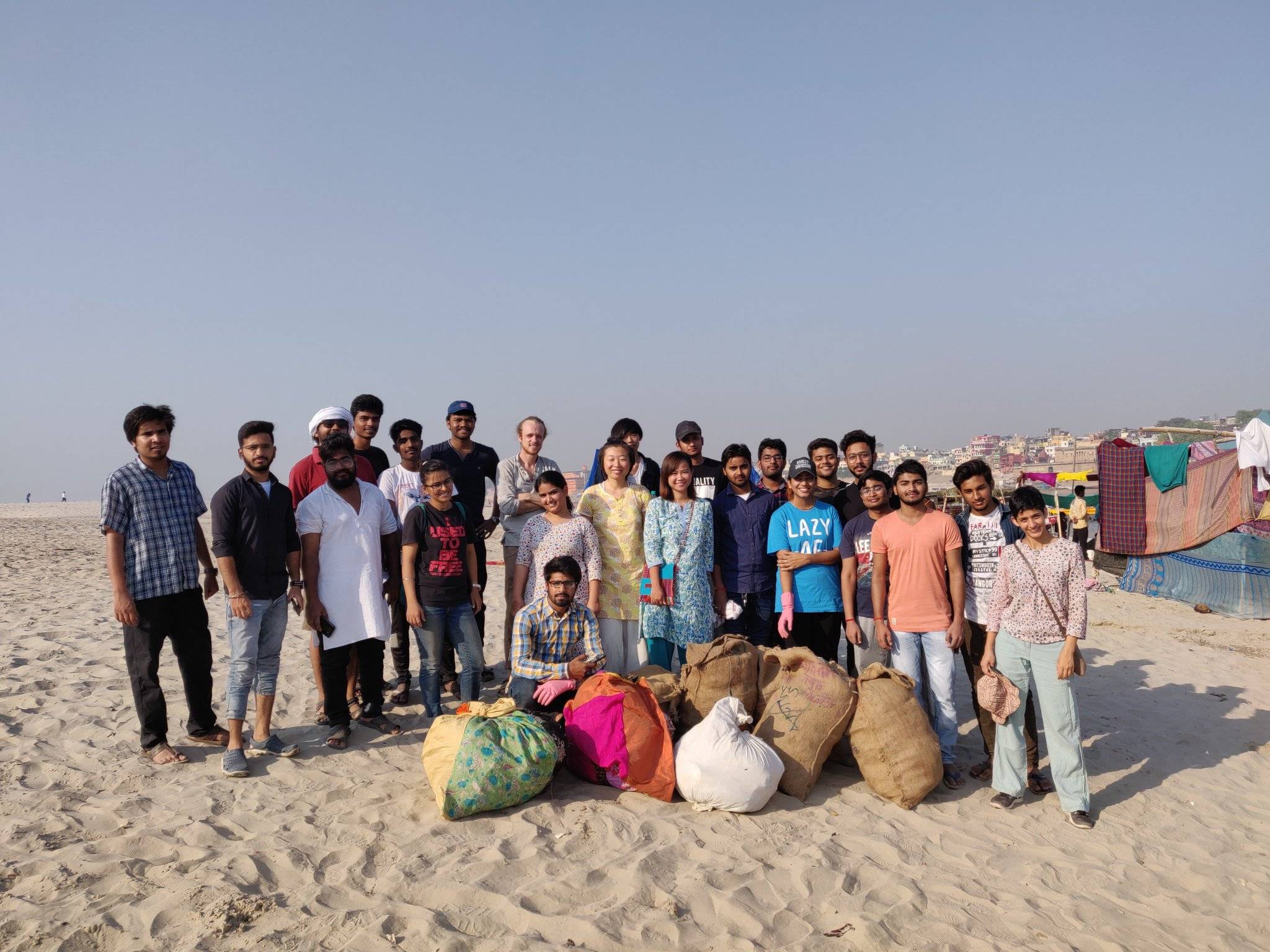 Preserve was founded on a belief in smart solutions to environmental challenges. Just as Preserve began in 1996 with an idea to create something from America’s recycling—to support the recycling industry by turning waste into products people need—it launched the POPi program to put ocean-bound plastic pollution to use. Preserve determined that its best path was to incentivize and drive the collection of plastic at risk of entering the ocean by creating a stable market for it, using it to create products people could use in their homes every day. Today, Preserve works with partners to collect plastic at risk of entering the ocean, uses that waste to make high-quality everyday household products, and donates 25% of the proceeds from POPi sales to key organizations leading the way in ocean health. Preserve recognizes that creating razors and toothbrushes from ocean plastic is a step in the right direction, but only a small step. Through education and by supporting the work of its partners, Preserve hopes to amplify its impact and empower more people to improve the health of our oceans.

The physical plastic Preserve uses to create their POPi line is HDPE, rather than the polypropylene they normally work with. It comes from California-based Envision, which works with qualified partners who source plastics from coastal communities where they are at risk of entering the ocean. Envision’s process allows for cleaning, processing and upcycling plastic, ultimately allowing it to meet FDA standards for food contact.

Ocean plastic pollution requires action at many levels. The first thing you can do is learn and luckily there is amazing research by Preserve’s POPi partners and others on the sources and effects of ocean plastic. Check out 5 Gyres’ research page here. Another source of great information can be found through the Ocean Conservancy. While large steps are needed globally, individuals can take many small steps on their own.

Assess your use of single-use plastics

Which items can you avoid entirely? Where can you replace single-use items with reusables? Preserve is proud to offer a variety of reusable alternatives to common single-use items

Join more than a million of your fellow citizens of Earth who take part in a beach cleanup each year. The fall is an especially popular time to help out since data collected can help the International Coastal Cleanup. Find a cleanup near you.

When it comes to tackling our ocean plastic challenge, staying informed is key. Learn more in 5 Startling Facts About Ocean Plastic Pollution and What We Can Do to Stop It.